on being a Soul instead of a Role 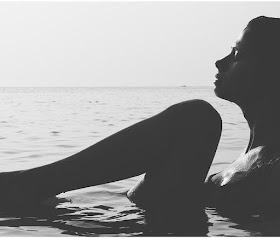 The other day I picked up a book by Richard Rohr and opened it up to some random page about Jonah.

This is the way my life seems now. I stumble on real life moments and random words that somehow make me feel like I’m a character in some cryptic mystery. That’s odd, I’ll think later when I reflect on the synchronicities at work; the weird timing, my own openness, and the curious message that ends up in my head.

On this day I scanned the two pages that tell me that I’m living in the belly of beast.

And since I don’t know anything anymore, I keep reading.

According to spiritual teachers the story of Jonah who was swallowed by a whale and taken to places he never wanted to go — is a biblical metaphor. A way to understand those dark, traumatic periods in our lives and a way for me to make sense of this bottomless pit of motherly despair that I live with now.

The tale of Jonah surviving inside the black pit of a whale’s stomach is supposed to be a story of death and rebirth. A reminder to all of us, that Death sneaks into our lives in the many forms that include the disappointments and endings and letting go that we all experience. And that these terribly lonely, depressing, overwhelming times in our lives are actually our teachers in disguise, waving us down a pathway towards transformation.

What I do know is that when your heart has been cracked wide open and you’re walking around under a fallen sky in a world that no longer makes any sense— anything seems possible.

Maybe someday I’ll be like Jonah. Spit out on to a new shore, spiritually awakened and no longer upset with the Blessed Mother, or wanting answers from the Holy Spirit about why my son—with his extraordinary Light and Goodness-- is not here and I still am.

Maybe someday I will be living a life without Patrick here, and the thought of not hearing the sound of his voice when he says, “Hey Mama,” or watching him throw his head back and laugh while he flashes his amazing smile, won’t make me crumble under the weight of my broken heart.

But truthfully? I can’t imagine that time. That’s how dark this part of my journey is right now.

Although in the words of my eighty-two-year-old Buddhist friend Gale, who lost her son to suicide forty years ago, this is the way it is right now and that’s OK.

Maybe that’s why I keep writing.

I’m like a blindfolded traveler at the edge of a harrowing cliff, sensing that there is something for me here. Something to record. Some precious learning to be found when there is nowhere else to go. When there’s no last-minute escape or way to avoid this horrific reality that I’m faced with each day:


I open my eyes and my son is gone.

I close my eyes and my son is still gone. 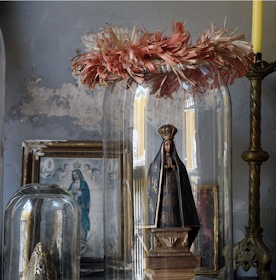 Recently I was listening to a beautiful story by Frank Ostaseski, an American Buddhist who has spent over 30 years working with hospice patients. He was helping a mother tend to the body of her seven-year-old son who had just died from cancer. She was bathing him tenderly as part of their goodbye ritual, counting his toes to him and talking to him lovingly and every so often she would look over at Frank with beseeching eyes as if to say, “Can I survive this?! Can any mother survive this?!”

“And my job,” Frank says, “was simply to hand her another washcloth. And direct her back to her son, because that’s where the healing is always found, in the heart of the suffering.”

Somewhere deep in my soul I know this is true.

But like this mother, I’m still grappling with shock. I’m still wrapped in that mystical connection I’ve felt with my son the moment he left my body. It is powerful and otherworldly, this bond with him. And my mind simply cannot comprehend the idea of a permanent separation from Patrick. His body, his face, the sound of his voice. It’s all so unfathomable.

When I heard Frank’s story I felt like those mother’s words were my words. Her anguish is my anguish. Because I too, know how it feels to suffer over your son’s lifeless body. I know how it feels to wake up each morning with a pain in my chest so unbearable, I wonder how I can still be alive.

Yet here I am, still breathing.

And looking pretty normal on the outside despite the changes I feel within.

Grief strips you down to your most unguarded self. It’s a wall of pain that washes over you and leaves you wrinkled and raw and gasping for air. And then it repeats itself. Grief from the loss of your child will leave you stunned and walking around feeling strangely unprotected, in a universe you no longer trust.

This is the person I was on that sunny, October afternoon--only weeks after Patrick’s tragic accident—when I told the lady at the cleaners about Patrick.

And this is what I learned about miracles.

I had gone there to pick up some clothes; it had been the next robotic errand that had emerged out of the thick soup that was now my mind. Clouded by shock and grief, my ability to think at that point consisted of piecing together questions in order to figure out what I needed to get done. And with the Memorial Services approaching, I heard myself asking.

Could Michael fit in Patrick’s jacket? Did I have anything red to wear? Was Jim’s suit in the cleaners?

The woman who always waited on me was also the co-owner of this busy shop, along with her shy husband.

I liked her. With her ebony colored hair and powdery skin, she reminded me of a middle-aged geisha, dressed in sensible slacks and polyester blouses. Only instead of warm tea, she offered chatty, kind words to her customers.

“Tell him good luck on his job interview,” she had said one March day when I picked up Patrick’s black suit, and in that brief moment we had forged a bond. One mother seeing another mother’s hopes and blessing them with optimism.

The woman had barely walked up and greeted me when I knew I couldn’t pretend. After all, she had touched Patrick’s clothes; this act alone felt like a kinship. But I hesitated. It was the first time I’d be sharing my catastrophic loss with a stranger, and the delivery of these words out into the open air felt like another layer of trauma.

“My son. I wanted to tell you.” My voice was a whisper and she leaned forward to hear me. “He was in a terrible accident. I wanted you to know. He…he didn’t make it.”

I don’t remember how she came through that wall of counter. Or how her arms got around me so fast.
But she was holding me so tight I had to inhale. Was it seconds or minutes? That I stood there smelling the waft of white gardenia, and feeling the intimate scratch of hair on my face that wasn’t mine. This alone should have jolted me back into my role of polite customer, but I didn’t move.

The world had stopped, the other customers had vanished.

And then something happened inside our frozen hug because we both began to cry. I felt our bodies soften into muffled sobs. And afterwards—with quick precision, she scooped my clothes off the metal rack, took my hand and led me toward my car.

Out in the bright parking lot I could have been a ragged, lost child, squinting in the noonday sun and being led to a shelter, that’s how fragile I felt. Too broken to revert into my typical Miss Capable role, I watched with curious detachment as this soft-spoken woman took my keys, unlocked my door and hung my clothes carefully in the back.

Afterwards she took both my hands and asked me how to find the accident site, only minutes away. She seemed hesitant to let me go, promising me prayers and insisting that I keep my faith. “God will get you through this,” she assured me.

Then she was gone.

In the few months that have passed, I’ve had time to think about this powerful experience. And what I will never forget is how it felt to be out in the world so broken and vulnerable, and so unlike my usual Self. And how miraculous it felt to have a stranger—react without a second’s hesitation to my pain.

Only she didn’t simply observe my pain, she risked doing something. This shop owner –whose name I still don’t know—saw me the way that I truly felt, as a crumpled body on the floor with a shattered heart, barely getting by. And she literally held me, long enough to shine a light into my darkness and remind me that I was not alone.

Marianne Williamson calls this woman a “miracle-worker,” and says that at any moment we can choose to either judge someone or bless someone, it’s that simple.

We also can be this force of light in the world.

But it does require that we "see" outside our comfort zone.

It means being aware that the same roles that give us our sense of identity and help us feel safe-- whether it's a job title, our neighborhoods or our politics, are the same roles that create illusions of separateness. That help us erect an US and a THEM, that closes us off from the pain of others.

When the truth is, that we’re all a part of larger whole.

I think about that hug with the shop owner, and how it would never have happened if I had been operating from my stronger self. Or if the shop owner had been more logical and reserved about maintaining her profession boundaries.

And the farther I got away from this experience the more holy and miraculous it appeared.

It’s seems ironic. Here I am at the darkest time of my life, and it’s my grief that is opening my eyes to the way that grace and love suddenly appear out of nowhere, when I’m most in need.

It’s like Anne Lamott said about our really bad days. “There’s no magic cure and God is not a cosmic bellhop,” but if you’re spiritually awake and paying attention, you’ll see HIM in the eyes of some kind stranger, holding your hand in the middle of a sunny parking lot.

Today, I hope you see yours. 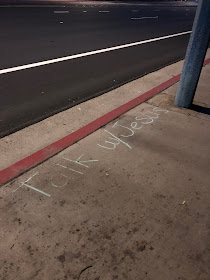