When a Diva slams the door on your face. A true story. 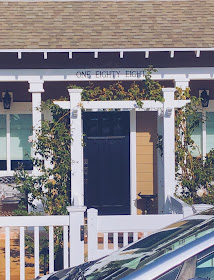 Have you ever had the worst interaction with someone-- only to realize later it was the most perfect gift you could’ve asked for?

Lately I’ve been noticing the strangest phenomena going on in my life, maybe because I’m walking around so raw and opened up. Maybe because I’m living these days on the edge of the unknown, so fresh into my grief that I’m unguarded and too broken and vulnerable to have an ego anymore.

But all of a sudden I'm aware of these interesting moments that the Universe has been delivering to me. Or maybe the truth is, we’re all receiving these little invitations to go deeper in our daily lives… and we’re just missing them.

I don’t know. But I thought I’d share this in case you need to recognize how this happens in your life too.

It all started with my “great idea.”

And it ended on one of those balmy, 69-degree afternoons in January that Southern Californians take for granted, with me standing underneath a white trellis overgrown with leafy clematis, and watching a screaming blonde in skin-tight yoga pants slam her front door in my face.

Although to be fair, she did have to stomp-up-three-steps to get to her door first, so it wasn’t exactly a ferocious whoosh in my kisser, but loud enough for the mailman on the corner to look over.

Also, to be honest I don’t generally use words like ‘diva,’ because I find them so emotionally-loaded they keep us from seeing the real person inside.

But after my brief run-in with this woman, this word literally popped into my head.

The most surprising part of being the focus of this Diva’s loud yelling, bulging eyeballs and intense finger-pointing was my astonishing lack of a reaction.

I didn’t scan the street afterwards, pink-faced and mortified by this public outburst.

Nor did I feel my typical “how-dare-you-I’m-just-trying-to-help” outrage.

Although later I did see the warning signs from the minute I tapped on her glossy black door, and heard an irritated ‘Wait a minute!’ coming from inside.

Suddenly, the door had swung open. And I had a quick glimpse of an interior designer’s room before a full-figured woman filled the space. Her body was squeezed into black yoga clothes that hugged her tiny waist and her giant boobs. Her blonde-tinted hair that was frizzed and grey at her temples, was shooting from her head into a tall ponytail.

I smiled but she didn’t say a word.

In fact, she just stood there, her dark eyes, blinking rapidly. And for a quick second I remember something strange and milky about her face. The carefully drawn eyebrows, the taut skin around her eyelids and her puffy Angelina Jolie lips, frozen and half open.

“Hi, I just want to introduce myself. I’m Leslie. I used to visit the 80-year-old woman who lives behind you. And well, it’s a long story. But she just got evicted and left before she could get her two beloved cats.”

She was still staring.  “So, I’ve been checking back, trying to feed them and catch them for her. Ah. Do you know the cats I’m talking about?”

Wham-bam. She came to life. A flaming, wild-eyed Medusa right in front of me.

“Yes! I knooow those cats!! Those people should not be allowed to have animals! I should’ve reported them a long time ago. Those cats have been coming into my yard, leaving their hair and their shit and I am sick-sick-sick of it.”

Gulp.  I tried to reassure her. “Well, the woman lost her husband (sympathy maybe?) and she’s moved now. And so have the people in the front of that duplex. And I heard the owner is renovating the whole place now….”

She stepped outside and her face was red.

This was not going well.

The funny thing is, Jim had warned me when I told him about my idea. I had been making two trips a day trying to catch Tiger and Smoky Joe before the weather got bad or the coyotes got them. As an animal lover I couldn’t stand the idea of them being out in the cold all night when they were used to being inside.

But with my fatigue and grief, the whole situation was starting to drain me.

I knew that Smoky Joe was too old to jump but Tiger was always hanging out on the roof behind his yard. Because it was impossible to see from the street—I had a great idea.

I told Jim. I think I’m going to ask the neighbor to let me put a little cat shelter on top the flat portion of their garage. Just in case it rains until I can catch Tiger.

He gave me a weird look.

Leslie. Not everyone feels the way you do about animals.

I was honestly shocked. What? I didn’t understand why he was sounding so negative.

Turns out that The Diva is the owner of Tiger’s favorite hang-out spot, and apparently not only does she have a hatred for cats, she happens to have one of the most immaculately landscaped yards in the area.

All of a sudden, she was eyeing me suspiciously.

I swear I had visions of the green-faced witch waving her crooked fingernail in Dorothy’s face. Only I was Dorothy.

Maybe Jim was right. A cat shelter on her garage roof wasn’t a good idea.

I remember mumbling something about property lines that made no sense at all as I walked towards the gate.

In fact, the mention of property lines antagonized her.

“Property lines? Don’t you even think about catching those animals on my property! I’m ready to call animal control right now and have them picked up.”

I was already under the trellis when I turned around to see her jabbing her finger in the air.

“I don’t need this shit! Do you know that?! I just lost my husband at Thanksgiving!”

And Ka-BOOM. That was it.

In that second my heart softened. So she had lost someone too. Ignoring her shrill voice, my mind flashed over the days since Patrick’s loss in September and how excruciatingly fresh it all still felt for me. And I thought of how painfully recent a Thanksgiving death would feel.

I waited for the next pause and I said in a quiet voice, “I am so sorry about your husband.”

But she looked back at me with disdain.

“No, you’re NOT!!! You don’t even know me!” Then she turned toward her front door and yelled over her shoulder, “Get those animals off my property. NOW!” 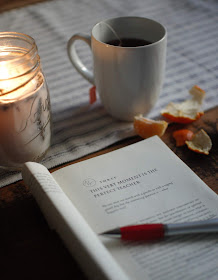 And there it was.

I knew something vitally important had just happened before I turned the key in my ignition and pulled away from the prettiest house on the street, with the screaming lady now inside. Only I had to see all the ugliness for myself, for the message to crystalize into these precise words:

I realize now that meeting the Diva that afternoon—like a lot of blow-ups that happen with others—had nothing really to do with the topic we were talking about. Instead, it was my eye-opening lesson about grief and suffering.

At the most tragic time in my life when all my certainties have melted away, and as I struggle to cope with the catastrophic effects of Patrick’s passing, I needed to be reminded of the most important choice in my life right now.

It’s a choice we all face every day. But I think heartbreak knocks us down long enough to glimpse the truth.

The reality is that life is always presenting us with opportunities to either open up or shut down in the face of scary, aching, uncomfortable situations.

I have a choice to be open and real and experience the fullness of my heartbreak even though it’s a suffering that feels completely unbearable at times. Or I can choose to shut down. Collapse. Over-medicate, deny the feelings inside me. Or hurl anger and blame at others without ever looking deeper.

Becoming bitter instead of a better person.

Thank you poor, suffering Diva for the gift of reminding me of who I plan on becoming.