When you think you can't survive but you do 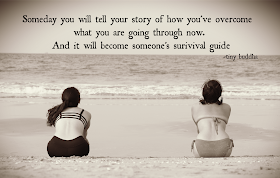 The tiny lady with the elderly black and white bulldog on a leash was peeking over the bush when Jim saw her.

I was in the middle of watering the flowers at the accident site when Jim pointed her out to me.

I looked up and smiled. Then I stepped through the tall, dry stalks of Bird of Paradise plants that lined the sidewalk. When I got close, I could hear her thin, soft voice.

"Did you know him?" she asked nodding at the flowers.

"He was my son." I said. Then I repeated it because apparently, she was hard of hearing.

She shook her head from side to side and asked me if they ever found the man who ran the red light and I said no.

"I'm from Sweden. I have a son too. We were looking at the pictures on the pole over there....and we saw the balloon. Was it his birthday?"

I told her yes, Patrick's birthday was August 6th. And that Jim -his Dad--is the one who rotates the pictures of Patrick up on the pole.

"Oh, it's so terrible." And I knew she was talking about the accident. The horrific randomness of a lone driver running the light at the exact second that Patrick was there. But I can't think about that now. I know I will succumb to those dark thoughts if I go there.

The woman keeps talking. "And he was so handsome too! He looks like Mr. Huntington Beach, that's what my son said. My son, he said what a terrible loss. He looks like one of those guys who-had-it-all, you know?"

I just smile and nod. Then she asks me if I have other children and we talk for a few more minutes.

Suddenly she looks at the ground and says, "Terrible things happen. I don't know why. But you gotta keep living. You know?

I nod. I've learned that people always struggle to know what to say to the mother. So, I just smile and turn back toward the flowers and I hear her call my name from the sidewalk.

"Leslie, right?" she pronounces my name with her Swedish accent.

"I'll keep praying for you dear. I will. I just don't know how you survive that."

Later, I decide that this might be the most honest statement ever.
"I just don't know how you survive that."

How am I surviving? To-be-honest. Even I'm amazed.
I do know that if you'd asked me on September 16th 2018, the day after Patrick's fatal accident I couldn't have envisioned any of the experiences that have happened in these last nine-plus months.

The mere idea of breathing in a world without one of my children was simply unfathomable. My kids have always been my life. And I say this without a hint of hesitation. As a woman who happily waited for motherhood, who was star-struck with the idea of grad school and obsessively absorbed in a profession that I loved, I can honestly say that everything came to a gushing halt--the moment that Dr. Jeffery Graham placed Patrick's infant body into my arms.

I know how it sounds. But from that second on, nothing else mattered more to me. Ever.
Did I ever consider a catastrophic loss like this? Never. Especially to Patrick. He was just …well, too special.

Like most mothers, I actually felt protected by a deep spiritual faith. A hidden logic that was fueled by a love so feverish and wild for my kids that in the end, it was irrational. Surely God will know this one thing about me after all these years. I can survive anything dear Lord. Except something happening to one of my kids.

You learn so much about yourself when something traumatic happens to you. When your entire world comes crashing down around you when you least expect it.
This is what grief does. Grief asks you, “Who are you…really?”
Who are you when you’re stripped down to your barest soul?
Who are you when your entire body is flooded with the most gut-wrenching anguish you've ever experienced... and there’s absolutely no where to go to get away from it?  Nowhere to escape what is the unbearable truth that will always be there now. That my son is really gone.

Recently I was listening to a podcast with Dr. Gabor Mate--when I heard him mention the Japanese word, I-k-i-g-a-I, (pronounced A-kee-go) and I was instantly intrigued.
According to Dr. Mate, Ikigal is a word that describes that certain feeling when you wake up in the morning and think,

“What do I get to do today?!” It's a word that describes that bounce in your step, that feeling of purposeful energy that propels you out of bed in the morning.

I mention this because the minute I heard this concept, I instantly remembered what a basically happy person I had always been. Funny how I never realized that.


Dr. Mate says that the Western Model of Illness asks 'What's wrong with you' instead of 'What happened to you?' And that's an important distinction. He explains that trauma is not simply an outside event that happens to you, trauma is something that happens within you. A wounding, a pain and a loss of functioning.
Although according to Dr. Mate, the absolute worst thing about trauma and emotional pain is the disconnection it causes with your Self.

I recently wrote a post about this sense of alienation I noticed from my physical body in, What I’ve been learning. How trauma and loss effects your body.

Afterwards I began to feel the heaviness of Patrick's birthday looming in the distance, like ominous clouds gathering at the edge of a blue sky. And each day I grew more aware of the date. The mere thought of waking up on his birthday without him seemed too unbearable to imagine. By end of July I could feel myself turning inward. My personal way to retreat.

Do you know that feeling when life feels so loud and overwhelming that all you want to do is go back to bed and pull the covers over your head?

During these weeks I felt keenly aware of a rawness about my emotions. And this hyper-vulnerability was the reason I began to avoid social media, especially Instagram where a random glance at a photo could trigger a memory that sent me spiraling into an aching pain for Patrick.
Later Jim reminded me of the way I behaved during my labor and childbirth.

He said that whenever an excruciatingly painful contraction was coming, he would watch me get intensely focused and very, very quiet. No talking. Nothing. It was if I wasn't there.

And so I’ve learned this now. That I get through my intense grief in the same way that I got through those moments of being fully dilated and in a state of simply enduring.


Joanne Cacciatore says that grief is a process of contraction and expansion. Which, I believe is the way we all get through our darkest times. Those days spent in the middle of the proverbial tunnel when you can't see the light yet.

We hunker down. We hold on with clenched fists. We contract and tighten emotionally and conserve our energy and attention focusing intensely on the grief and on self.

During these times it feels like our very survival is at risk. And at its worse, we feel desperate, breakable and fearful. Then, right at the moment of excruciating and indescribable pain, there is relief. Inexplicable, when it comes.


This is the expansion that Cacciatore describes as that tiny post-contraction period of relief. It’s when your exhausted panting turns into a long inhale and exhale. A moment that offers you a glimpse of openness. A chance to regain a sense of trust and growth and connectedness and maybe even hope.

This is what my grief process has felt like during these past eleven-plus months. 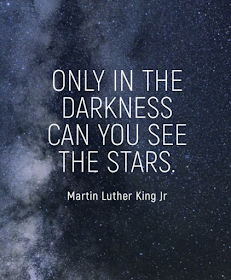 I suppose it's the ebb and flow of life.

According to Cacciatore you can't have one without the other. A contraction allows expansion. It's a process she notes is found throughout the natural sciences from astrophysics and cellular biology to thermodynamics and chemistry.

We are at our core--no different than the aging, massive star that runs out of fuel and then withers and contracts. Gradually making way for the dramatic expansion of a Supernova.

Based on this analogy, I guess there is hope for me and the dying stars of the universe.

Of course, this means Me surviving the overwhelming contractions of anguish that flood me whenever I remember that I am still here and my child is not. It is sheer horror, believe me.

And Cacciatore warns us. There will be times during an intense contraction when we'll be afraid that this painful time is permanent. We worry that we're doomed to feel this way forever. Until we feel it pass. And this simple relief can keep us going.

Even though we may wish for expansion only, she reminds us that it's a phantom idea, and a path toward self-delusion that will only leave us worn-out from the persistent pretense of a life that doesn't exist.

But anyone who has spent time in their winter garden knows this.

Oh- And I did get through Patrick's birthday. And even though I fantasized about sleeping through the day, I knew I couldn't.
Instead, I spent most of the month creating and sending out a special tribute card in his honor. And I was so grateful for the periods of relief I felt when I was tapping into my creativity.
Elizabeth Gilbert says that an artist is someone who makes something so much more beautiful than it needs to be.
And I love that definition. All we need is intention dear friends, for beauty to happen.

Thank you for checking in with me today. You are such a blessing to me. If you would like to receive Patrick's card just leave your address on mizgmoss@yahoo.com
I'd be happy to share him with you.

Wishing you a beautiful and nourishing weekend.
Namaste,
Leslie