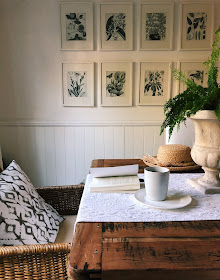 People ask me how I’m doing and I never know how to answer.

I do know that on most mornings I wake up and I’m surprised that I’m still here. Stunned really, how I am enduring the most devastating and unrelenting pain I could have ever have imagined—every second of every hour of every day, and that somehow, I’m still breathing.

But more than anything I'm just shocked that Patrick is not here.
I'm aghast. Astounded every time I allow the sheer horror of the accident to seep into my awareness, and to realize in that split second that I am still living ---but my precious, extraordinary son is not.

I am still here and my child is not.

This is a peek into my quiet mind where this one sickening thought pops into my head at random moments, like the mumblings of a trauma victim trying to grasp the enormity of their experience; although honestly I still cannot believe it.

If you were lucky enough to have traveled in Patrick's orbit you know what I mean. He was such a force of exuberant energy and light in this world, you can't believe he's gone. He was the kind of person you gravitated to in a crowd. Even in his most absurd and funniest moments he exuded a raw goodness from every cell of his body. And Lord help you if you ever heard him laugh--in his husky, loud voice-- because you were instantly captivated.

There are no words in a mother's language that can explain how perverse and wrong and shattering this new world feels without him in it, no way to describe how it feels when everything you thought you knew about life --is now annihilated in pieces at your feet.

I don't say this to make you feel bad for me, it's just a statement of fact.

Because one thing I’m learning about surviving the most devastating trauma of my life, is that truthfulness is everything. Not just honesty with others—but honesty first and foremost with my Self.

I've learned. When you're standing in the middle of a black tunnel with no end in sight, truth becomes that flicker of light that shows you where to place your next wobbly step. And unless you make space for all those staggering emotions --without judging or hiding or pretending--you'll remain in darkness.

This is why I write...some of which I share here. Writing for me is a way of scavenging through these numb-minding moments. I pick them up. I examine them. As I try to make it through to the next moment. Although strangely, it's this ragged commitment to showing up and being present for whatever is coming at me--that seems to offer me some skeletal roadmap.

One foot in front of the other. One breath. Then another. This is how I live right now.

And I guess I have some flimsy hope that if you can see me  surviving this---a loss I once thought would kill me-- that maybe it might help you someday.

Today, on the six-month date of Patrick’s accident—six agonizingly long months of not hearing his voice or seeing him in person—I thought I would tell you about this in-between place I find myself. 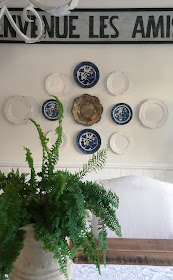 I had been chatting with a woman for several minutes before she mentioned that she had tried to kill herself in the early months following her 23-year-old son’s death.

This is the messy, raw world I live in now and honestly, it feels relieving. When you’re a mother who has lost a child, you walk around completely stripped to your barest core. No more glossy ego and silly worries about what others think of you.

In fact, you crave realness.

Sometimes it’s as simple as running into someone else whose life has also included some profound tragedy. Only instead of the typical awkward moment that others might feel in that conversation, you edge closer. And you feel right at home.

In fact, you welcome the details of their story, if only to be in the midst of that mystical hint of hope dangling in front of you.

You survived this unbearable thing too? You silently think.

And even though you can’t possibly imagine clawing your way to that emotional ledge they now rest on, you want to bow your head and have them touch it with some magical energy.

You want them to look into your eyes and tell you forcefully: Yes, you will survive all this horrendous pain. At least that's how I feel.

The interesting thing about this woman—whose name I didn’t know—is that I was instantly drawn to her warm smile and her upbeat energy.

I would never have guessed that she had once swallowed too many sleeping pills and awoke hours later vomiting, and with her son’s voice in her head telling her, “No mama—it’s not your time yet.”

But suffering brings mysterious powers. One minute you're talking about your child and the next second all those polite boundaries that separate one mother from another, have melted away.

Of course I felt a thunderous kinship with her.
And-- no, not because I’ve thought about killing myself.
But because I could relate to the unbearable pain this mother had felt on that one night, when she couldn’t imagine living in a world one second longer without her son. 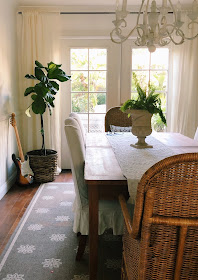 Of all the books I’ve received since Patrick’s accident, one of the most comforting books to me has been a memoir by an author named Mirabai Starr.

On the day that Starr’s first book was published--a translation of the Dark Night of the Soul by St. John of the Cross ---her teenage daughter Jenny was killed in a car accident. And despite her decades of living a life of contemplative prayer and meditation. And decades of studying the lives of religious mystics and saints, and years of giving international talks about her well-traveled life, she plummeted into darkness.
She could no longer pray. She could no longer sit through a simple meditation. And she couldn’t stop her outrage and anger at God for this inexplicable loss of her youngest child.
She was in fact, like any other mother after losing her child, completely devastated and inconsolable.

Yet the reason I kept coming back to her memoir, was because she was the first person to talk with cringing honesty about her despair, and things no one else talked about.

"I have never met a bereaved mother who did not, at some point anyway--maybe in a place so secret that it is even a secret from herself— crave death."


And no.
She doesn't mean that every mother literally struggles with suicidal ideation, she means that when you lose your child your entire world is cracked wide open and one of the most dramatic changes is this sudden and new allure you have with the Other World.

Heaven.
The unseen dimension.
The luminous spirit world.
The Afterlife.

Whatever you call it, it is now where your missing child lives.

This is the reason I've noticed a strange detachment to my physical body right now.

This is why for months after the accident--every time I got on my yoga mat in a gentle child’s pose, with my forehead resting deep in the earth,  loud, piercing sobs would pour from my chest.

This is why I have not gone to a single yoga class since Patrick’s accident.

This is why I struggle to sit through the silence of meditation.

This is why I have not returned to the gym again.

The reason is simple. All of these actions involve my singular attention to my breath.

All of these actions require my awareness of life’s vibrant energy flowing through my physical body and it’s this stunning awareness that I should be inhaling and exhaling precious air when my son is not---that feels utterly unbearable to me. 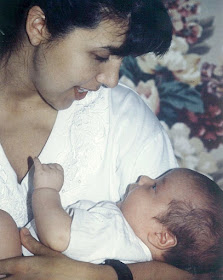 To me it makes perfect sense.
Do you remember that feeling of oneness that existed between you and your baby? That would allow you to hear the subtle differences between your baby's cry of hunger vs tiredness?
Do you remember wanting to feed your baby before yourself when time was an issue?

These are deep, primal instincts that simply don't disappear with chronological age.

And I wonder why nobody talks about this inner struggle I feel as Patrick's mother. It is an agonizing dilemma, to make that pivot toward Life when every guttural impulse in my body is pulling me toward my missing child.

And so what do I do, Mirabai?
How do I choose to move forward without Patrick?

And I found comfort in her words:


"It’s just unbearable anguish" became my mantra which I uttered silently and with an ironic smile whenever the pain came at me like a freight train. Then I lay down in its tracks and investigated what it felt like be run over.
And.... a realization began to grow in me:
You are shattered, said my inner voice. Do not be in a rush to put the pieces back together. Go ahead and be nobody for as long as you can."


And so here I am. Surrendering to it all.

Six months into our catastrophic loss of Patrick and I have no idea how I've survived 182 days without him. Nor can I imagine how I will endure living the rest of my life without him.
It's simply too unbearable to contemplate.
But I do know this.
I know that I can survive this one moment. 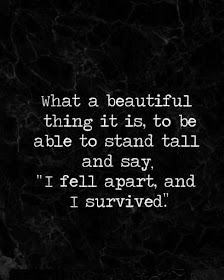